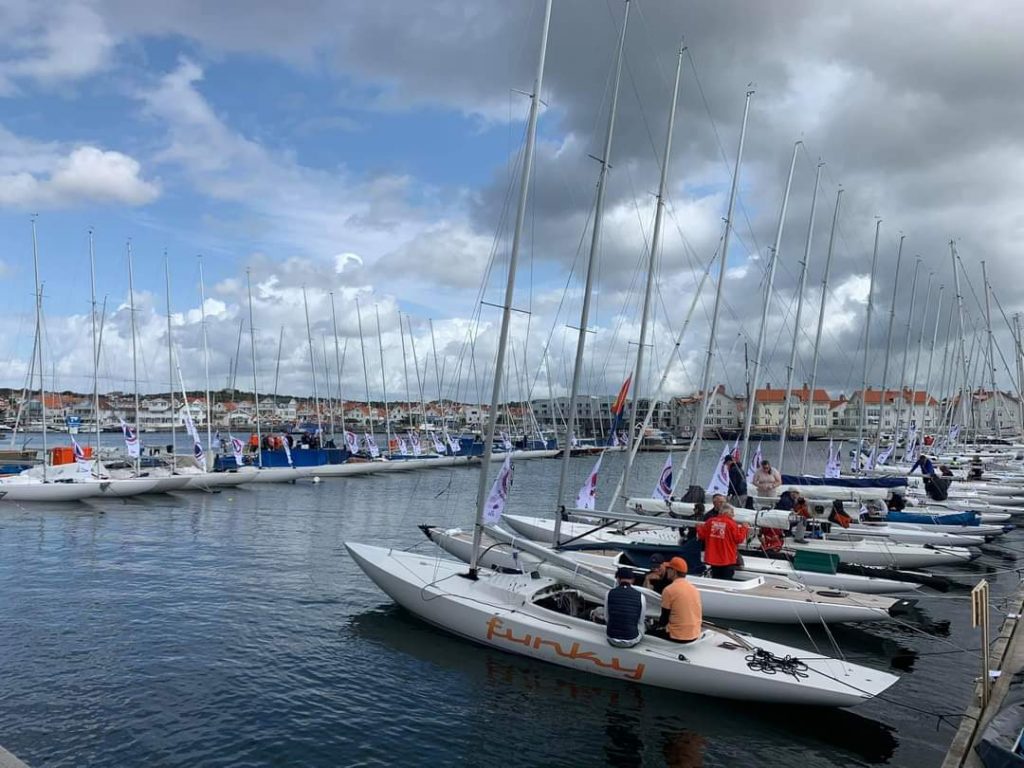 The opening day of the International Dragon Gold Cup 2021 by Yanmar in Marstrand, Sweden, brought glorious sunshine but very strong winds and big seas. The Race Committee put to sea to inspect conditions, but sadly the sea state was too severe so racing had to be abandoned for the day. Back ashore the committee confirmed that the schedule for day two will be revised to permit two races, instead of the scheduled one, with an earlier start time of 11:00.

The Dragon Gold Cup is steeped in history and is run to very specific and traditional rules. These include that racing will be run over a 12-mile windward leeward course – very long by today’s standards – and that there shall be only one race a day unless a race is missed, when a second race can be scheduled to catch up the schedule. The rules also state that the points from all races shall count in the overall standings with no discards allowed, meaning that consistency, great boat preparation and maintenance, attention to detail and the ability to play the long game are of vital importance to Gold Cup success. 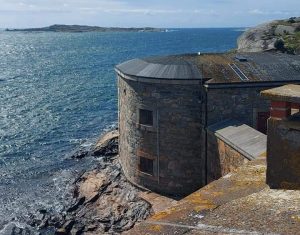 One man who brought all these attributes together to great effect and who was perhaps one of the greatest Dragon sailors of all time, was Denmark’s Aage Birch. Born in 1926, just two years before the Dragon was designed, Birch was to develop a lifelong love affair with the class, winning no less than seven Gold Cups, his first in 1963 in Marstrand and his last in 1972 in Copenhagen. He also claimed a Dragon Class Olympic Silver Medal at the 1968 Mexico City Games sailing with Poul Lindemark-Jørgensen and Niels Markussen. His fondness for the class and the Gold Cup never waned and even into his 90s he kept track of the fleet’s goings on. He particularly enjoyed following the Gold Cup of 2016 when it was held in his hometown of Hornbaek – a special 90th birthday gift for a Dragon legend.

Whilst disappointed not to race today, the sailors were in full agreement with the Race Committee’s decision. They took the opportunity to sample the many delights of Marstrand, the summer yachting capital of Sweden, and to enjoy the simple pleasures of catching up with good friends after a long time of enforced separation.

It also gave everyone the opportunity to prepare for the very special Yanmar Opening Ceremony which is being held in the Island’s historic Carlsten Fortress, built in 1658 on the orders of King Carl X of Sweden. The festivities get underway at the harbour where the teams will gather by their boats, assembling in their national teams. A special guard of honour will be dispatched from the fortress to escort the sailors through the village streets and up the hill to the ceremony. To comply with Swedish COVID-19 social distancing recommendations, the teams will be seated at tables of 6 in their national groups as representatives of their host Yanmar greet them with a glass of traditional Japanese Sake. The Commodores of the host clubs, the Marstrands Segelsällskap and the Göteborgs Kungliga Segelsällskap, will welcome the teams to Marstrand and there will also be short presentation by supporting sponsor Henri Lloyd, after which food will be served and the party will commence.

The forecast is for the wind to moderate overnight and the remainder of the week looks set to bring the champagne sailing conditions for which Marstrand is rightly famous. Championship racing will continue until Friday 20 August with a total of six races scheduled. The warning signal for the first of Monday’s two races is set for 11:00 with the second race following on as soon as possible.

Further details about the event can be found at www.goldcup21.com